Backstage at The Dean Martin Show 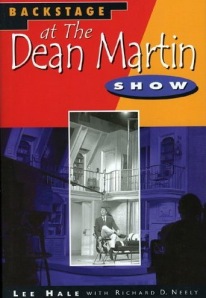 THE source for juicy tales and tidbits about the best television variety series ever made, from the man who was one of the masterminds of that success and the architect of The Golddiggers and The Dingaling Sisters, Lee Hale (he even devotes an entire chapter just to The Golddiggers). Unfortunately, the book recently went out-of-print, but some new and used copies may be found from time to time on Amazon, eBay and elsewhere. 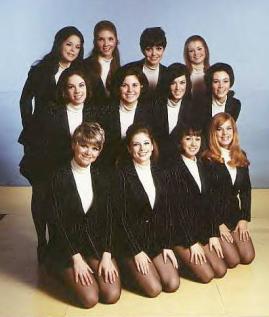 Attending one of Bob Hope’s USO Christmas Shows in South Korea in late 1970, a young Army Sergeant named Wes Guidry had never watched an episode of The Dean Martin Show, but after seeing The Dingaling Sisters sing and dance on-stage before an audience of grateful GI’s, he certainly never forgot them.

More than three-and-a-half decades later, Wes founded and runs GoldsAndDings, the premiere destination on the Web for discussion about all things relating to The Golddiggers and Dingaling Sisters. In fact, several of the women who performed in those groups are themselves members of GoldsAndDings, and have chatted on the message board there with their fans. Another key attraction of the site is the Photos section, featuring many exclusive shots of The Golddiggers and Dingalings that can’t be found anywhere else.

Membership in GoldsAndDings is open to all, but requires approval. To apply, go to http://groups.yahoo.com/group/GoldsandDings.

By the way, Wes’ forum hasn’t just reunited erstwhile members of Dean’s female brigades in cyberspace — it also brought some of them together again in person to recreate the act that they performed for Wes and his fellow soldiers back in 1970.

In his current capacity as Director of Meetings for the Vietnam Veterans of America, Wes arranged for three of The Dingaling Sisters — Michelle DellaFave, Susan Lund and Wanda Bailey — to entertain at the VVA’s annual national convention in Springfield, Illinois this July, and the event was, as show business trade periodical Variety might put it, a “Boffo Smash Hit!”

Surely, Dean and Greg Garrison must have been watching from above with an approving smile. 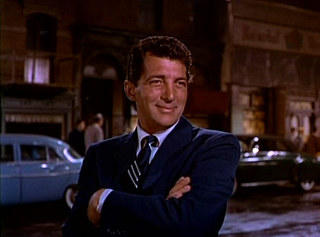 There’s a myriad of discussion groups on the Web focusing on Dean Martin, but the granddaddy of them all — and the grand mecca for those seriously interested in Dean and seeking to engage in friendly discourse about his life and career — is Dinopallies.

Founded and operated by folks who are probably as knowledgeable about Dean as anyone on this earth, the group boasts over 200 members and some of the nicest people that you’ll ever meet anywhere. Membership requires approval (go to http://launch.groups.yahoo.com/group/dinopallies to apply), but if for you, happiness is Dean Martin, then you’ll discover that in sharing thoughts about him with other Dinopallies, memories are made of this. 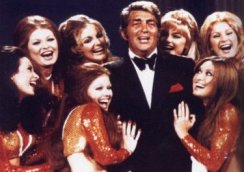 Here you’ll find the blog that was the original inspiration for this site (make that the secondary inspiration — the first was obviously the ladies themselves).

While many folks might find it hard to connect the dots from The Golddiggers to ‘80s indie rock band The Meat Puppets, the latter group’s former lead singer, Derrick Bostrom, possesses an eclectic range of musical tastes that has no trouble accommodating both ends of the musical spectrum and a wide variety in-between. The medium that Derrick employs to wax philosophical about his musical likes and dislikes is his Bostworld blog, and it was on his page about The Golddiggers that a few former members of that group (and The Dingalings), and some of their longtime fans, first intersected, thus planting the seeds from which both GoldsAndDings and this site would spring.

You can behold the genesis of these efforts in the dialogue that’s still on display at the site (http://derrickbostrom.com/bostrom/2006/07/19/
the-golddiggers), and if you stop by to take a look, you might also want to investigate some of Derrick’s other interesting musings on musical esoterica and an assortment of other subjects. 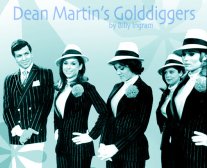 Billy Ingram’s sprightly TV Party Website, devoted to nostalgic reminiscences of a bygone era of television, was one of the earliest Internet sites to offer more than just a few passing lines about The Golddiggers, and while its synopsis of the group’s history and lineups through the years is marred by some factual errors, it does offer some interesting nuggets, and unquestionably the highlights of the section are the contributions by two former members of The Golddiggers, Francie Mendenhall and Jimmi Cannon (see http://www.tvparty.com/
golddiggers.html).

Not just The Golddiggers and The Dingaling Sisters, but all manner of notable breathtaking beauties and starlets from the 1950s, ‘60s and early ‘70s are celebrated on this site, both in words and pictures. This was also the first place on the Web to give some of the female regulars on The Dean Martin Show their due by crediting still shots of them with their identification by name (see http://www.womwam.net/rl/tv/60s/
Dean_Martin/index.htm).

The Best of The Dean Martin Variety Show, from Guthy-Renker 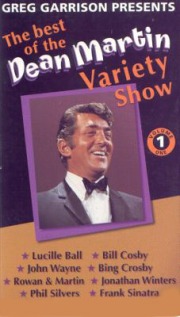 There isn’t anywhere near enough of either Dean’s Girls or even Dean himself to satisfy fans of either or both, but insufficient though it may be, the 29 volumes of The Best of Dean Martin Variety Show series, marketed and distributed by Guthy-Renker (http://www.deanvariety.com), actually represent — believe it or not — the most comprehensive direct-to-video release of any variety series ever broadcast on television.

And although the collection does contain many sparkling moments with Dean and his guests, appearances by the female regulars on the series are few and far between, and certainly miniscule in proportion to their on-camera presence on the series itself.

Nevertheless, for the masses out there pining for complete season sets of Dean and the girls, the Guthy-Renker set will, as the old song goes, have to do, until the real thing comes along. 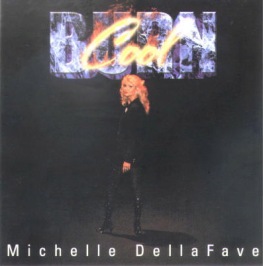 She was not only one of The Golddiggers but also the only member of The Dingaling Sisters to be with the group both at its start and when it took its final bow — and she was even, for a time, one of two Soul Sisters — so you know that singing and performing are in this gal’s genes.

And after a number of years raising a family and acting in theater productions, she returned to the recording studio in 2006 to make her first solo album, Cool Burn, containing heartfelt interpretations of some of her favorite ‘60s classics, including songs from the catalogs of Blood, Sweat and Tears and Leon Russell.

The CD can be purchased at CDBaby.com (http://cdbaby.com/cd/
michelledellafave) or even downloaded from itunes and sites such as MXP and Music Is Here! And for an encore, Michelle has a Gospel album due out in the next few months. 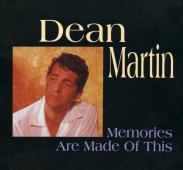 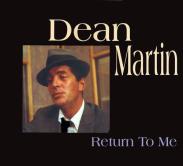 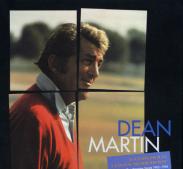 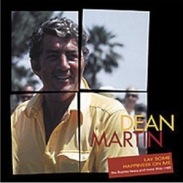 It boggles the mind trying to calculate how many young men discovered Dean Martin and became devoted fans of his as a result of the women that his series brought to prominence catching their eye and drawing their attention to his program. Suffice it to say that the number is probably larger than the typical audience for most of today’s prime-time network hits (in other words, in the millions).

But once most of the guys who came to the party for the girls became acquainted with the host, they liked what they saw and heard, and were won over as fans.

A lot of them then sought out his recordings, and one of the benefits of living in the digital era is that, thanks to the remastering efforts of reissue experts like Bob and Ron Furmanek, ALL of Dean’s recorded musical output, including a number of previously unreleased tracks, is today available on CD in sound quality not only infinitely better than was possible at the time of their original release, but matching the sonic purity of the master tapes.

All of the original albums can be purchased individually, but for completists, the desideratum is the Bear Family collection. There are four boxed sets in all — two of them covering all of Dean’s Capitol and pre-Capitol label recordings, plus his songs from the soundtracks of his films with Jerry Lewis; and the second two spanning all of Dean’s Reprise and Warner Bros. material from the latter part of his career, along with songs from his solo work in motion pictures. Each set also contains an illustrated hardcover book with photos, extensive liner notes, and a thorough discography.